CPA Class of 2017 is sixth in school history, graduation is May 15 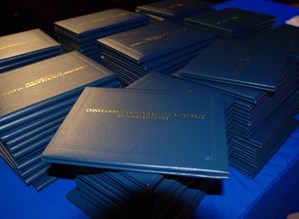 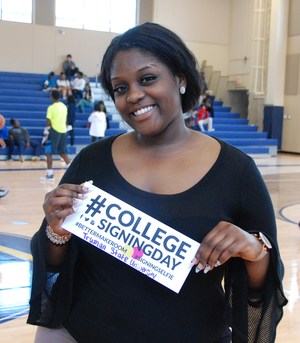 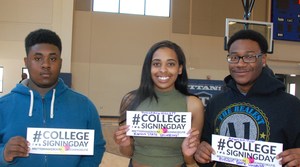 Commencement ceremonies will be held at Harris-Stowe State University.

Seniors at Confluence Preparatory Academy are ready to experience a moment they’ve dreamed of since the first day of high school – graduation.

As the sixth class in school history, the Class of 2017 reflects a still-growing high school.

Confluence Preparatory Academy will celebrate commencement on May 15 at 6:00 p.m. at Harris-Stowe State University with 80 students who will cross the stage to receive a diploma.

As of mid-May, scholarship earnings were approximately $129,000. Twelve students qualified for the Missouri A+ Schools Program to attend a two-year community college in the state.

Seniors who earned significant scholarships include Stanley Richerson Jr. who has a $32,000 athletic scholarship to Millikin University in Illinois; Paige Campbell, with a $10,000 scholarship to Philander Smith College in Arkansas; JaLisa Wines has a $7,000 award to Truman State University; and Alaina Hudson has a $5,000 award to Southern Illinois University-Edwardsville.

Confluence Preparatory Academy is the first high school in the network of Confluence Charter Schools. It opened in 2008 on the campus of Confluence Academy-South City with ninth grade students. In 2009, CPA moved downtown, next to the Central St. Louis Library, opening its doors to ninth and 10th grade students. Each year, a grade was added to reach 12th grade. The first class graduated in 2012. Confluence Preparatory Academy is sponsored by University of Missouri-Columbia.